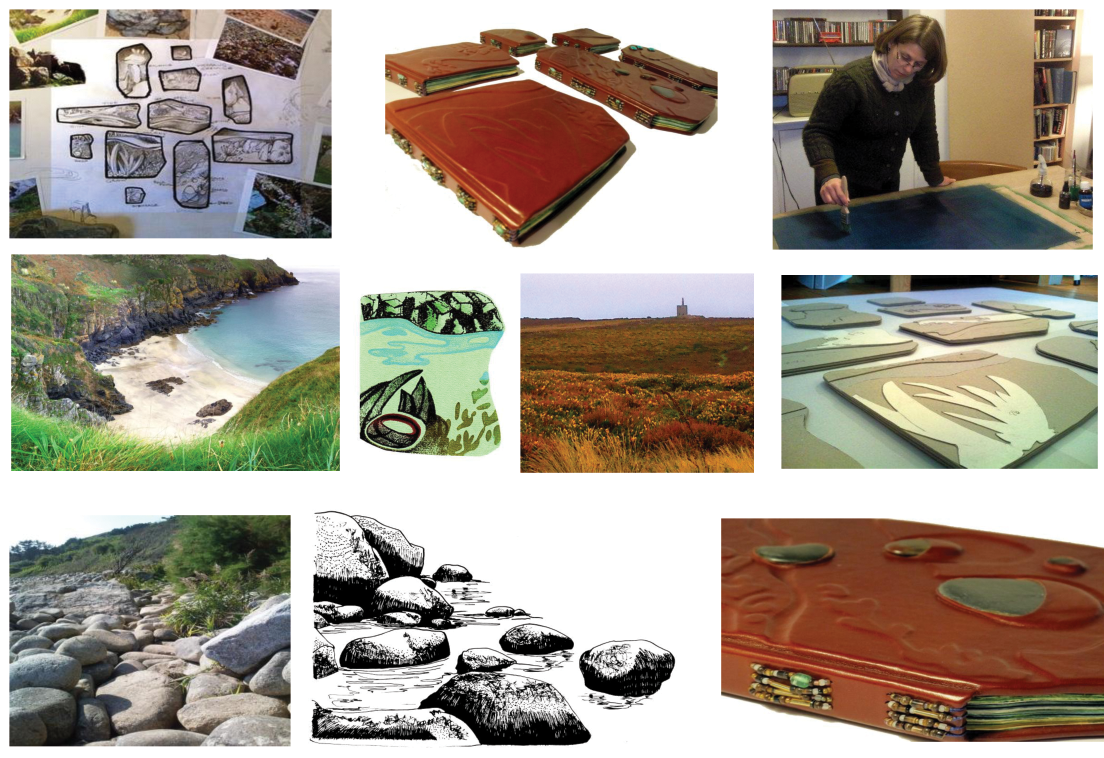 At some time in the distant past, western Cornwall was the most populous region of the British Isles.  Trade and travel routes connected it to the fast developing cross cultural areas of exchange and resource on the Continent and amid the Mediterranean Sea.  Yet today Cornwall is mainly associated with ideas of peaceful rural farming and holidays by the sea.

Remarkably, Penwith has preserved it’s open landscape of rich archaeological resources, with well-preserved prehistoric, medieval and modern landscapes.  Literally meaning ‘lands’ end’, Penwith is a mix of villages, farms, cultural and industrial sites which have survived into the twenty-first century.  A truly fascinating and openly accessible accumulation of time where all time occurs simultaneously as one long continuous moment.

Walk across the high downs to visit monuments of deepest antiquity from the earliest habitation of Britain.  Wander down footpaths past timeless hedgerow dwellings of archaic peoples next to prehistoric tin mines which provided materials traded as far afield as ancient Egypt.  Rolling green farm and dairy lands amid medieval field systems still provide much of the modern employment and commerce to the area.  The National Trust’s Southwest Coastal Path system skirts the cliff sides and coves down to a copper blue sea.  Migratory birds, sea birds, seals and a range of native British flora can all be seen through the seasons.

Penwith is one of only five peat downs ecosystems remaining alive in the world.  Despite various enclosure acts over the years it yet remains accessible to walkers through an intricate system of footpaths and rights of way.  While this area is obviously staggeringly beautiful, it’s important to appreciate the ruggedness of such a monumental landscape and prepare for outings appropriately.  Get a detailed OS Map of the areas, check the weather, wear strong comfortable walking books, carry a good supply of water and pack a waterproof and compass.  Even in high summer the weather can be changeable and sometimes quite severe.

I first discovered this shockingly beautiful land on our wedding trip in 2003 (we were married in the Isles of Scilly.  Yes, it was very beautiful indeed, magical really.)  Over the next several years I gradually explored the whole western area.  During these trips I learned about the history, geography, monuments, cultures and communities of Penwith generating such a strong and unique sense of place among the inhabitants.  (I could quite frankly spend the remainder of my days exploring this rich and interesting region and never run out of discoveries!)

The twelve books making up ‘Penwith Ergobooks’ were inspired by twelve places through which I learned about the area.  Each book is anchored by its position in the landscape.  But this is a land defined almost entirely by water, changing its shape and contour with every tide.  Inside each of these books through the pages and across the images is the hand-written tide, describing the shape and time of this place outside time.