Drawing upon tradition, adaptation, collaboration and pure invention, Meg Green has been making unique volumes and limited artist’s editions for over two decades.  Here are a selection of her earlier works. See more recent works by following the drop down menu under Art 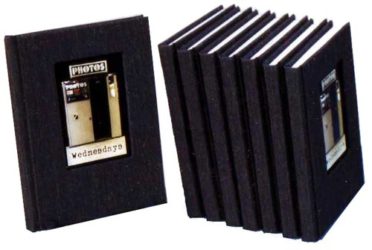 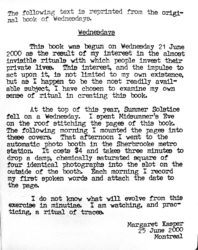 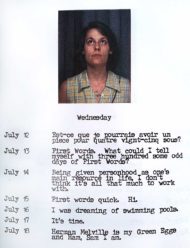 A millenium project tracing the solar year from summer solstice to summer solstice through the daily minutae of personal ritual.  The solstice fell on a Wednesday that year.  Each morning  I recorded my first words int he original source book.  Every Wednesday I made a self-portrait in the photo booth at the train station near my studio.  The ‘Wednesdays’ book gained community participation as many people came to hear about this project.  Many clients, students and friends asked me to save my first words for them or say something they would like to be in the book.  After the book was complete I transposed the text with one week on each page under that week’s photo.  This book was issued in three limited editions and is now sold out. 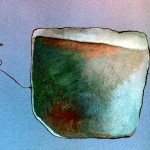 
Photobook of the river Thames at Battersea in winter, 2002. 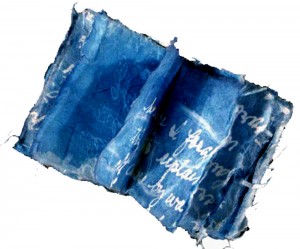 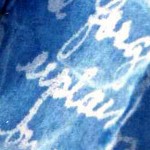 This miniature is only 4 centimeters tall and is bound with over a hundred individual folios.  The pages are cyanotype which gives them the saturated blue colour.  The text is hand drawn in resist, blind white upon white, before the cyanotype is made.  The book contains the fragments of letters between two people across the distance of time and ocean.


Whimsical postcard collection of the best of Shakespeare’s fools, 2001.

This collection of found photo proofs documents the summer afternoon of an unknown family circa 1940, 2000.


Short fiction recounting the adventures of King Urrek and his neighbour Rodrigo of Gastoblad, 2000.